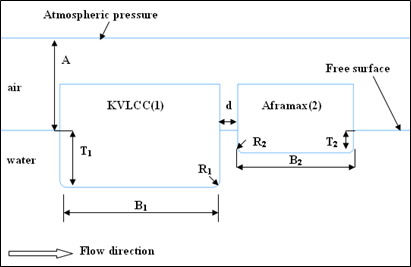 Simulations are performed for 500 time steps for each simulation. The time step size is 1x10-3 seconds. The performance is measured based on the average of wall clock time per iteration during the simulations. Figure 2 shows the performance of the FLUENT for the problem. For the mesh partitioning, the Metis method has been applied. The Y axis shows the number of iterations calculated per second during the simulation. The parallel efficiency is around %71 for the highest core number(256) and %81 for 128 cores. For lower number of cores the efficiency is relatively high, %87 for the 64 cores, %93 for 32 cores and %98 for 16 cores. 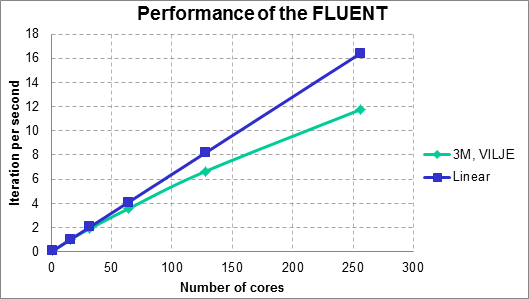